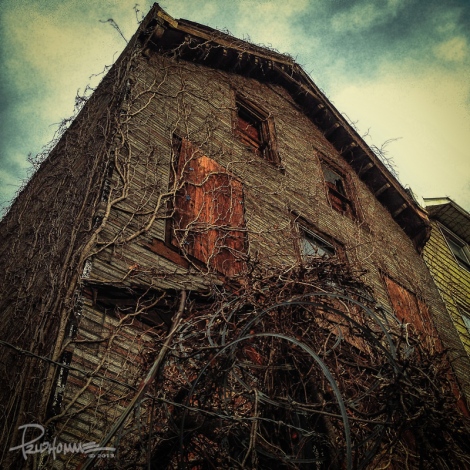 There’s a house on the hill of 187th street between Wadsworth Avenue and Broadway that was very peculiar. The hill that this house is located on is affectionately nicknamed “church hill” because at the top of the hill on Wadsworth Avenue is St. Elizabeth Church, a place where the Washington Heights community still attends Sunday services and participates in numerous christenings, baptisms, communions and even weddings.

Walking up this hill was very strenuous as it was very steep. During winter, it was downright hazardous at times when snow accumulates on the sidewalk. We also rode our bikes down this hill and used to time it juuust right so that the light at the bottom of the hill would turn green at the last minute as we sped across this major avenue and towards Bennett Ave. It was fun but also very scary (as well as stupid, I know).

In the middle of this hill is a rundown house that’s very mysterious. It’s in terrible shape and its windows are all boarded up and the front door heavily padlocked. It’s in heavy disrepair and vegetation grows all over it. Not a single soul around the neighborhood knew anything about this old and scary house. No one knew who had lived there or its history. On more than one occasion several people commented on how uncomfortable they felt walking by the place. I am not going to lie or embellish this post by stating that people saw ghosts, apparitions or experienced any weird paranormal phenomena.

Fast forward to several months ago when I visited the old neighborhood as I often do. I walked with my best friend’s mother down this hill. We were on our way to pick up his ashes (Hector had passed a year ago this month). As we walked by the house, I stopped to take two pictures and wondered aloud about the previous occupants. She told me that once she and her husband had entered the house when the lock was broken. The place was a mess inside and it was totally beyond repair she told me. Several days later a stronger padlock was back in place.

I posted the picture above on my Facebook page and leveraged the power of social networking to get to the bottom of the history of this house. What I discovered was totally shocking.

In a nutshell, Lillian Mojica was just 16 years old on February 13th, 1958 when she was brutally murdered by Pablo Vargas, a man who had been renting a room in the home. She was left alone with him shortly before going to school very early that morning. No one truly knows what exactly happened but the facts are that she was raped, strangled and bludgeoned to death. Her mutilated and burned body was discovered in the cellar by her brother when he returned home from school that afternoon.

Pablo Vargas confessed to her murder but later recanted, citing police brutality. He was ultimately put to death via electric chair in Sing Sing prison on May 12, 1965.

For decades we never knew what was up with this house but if we’d only asked the right people, specifically the old timers in the neighborhood, we would’ve found out sooner. The strange feelings and heebie jebbies people felt around this place weren’t unwarranted. Now, every time I walk down this hill I can’t help but think of Lillian Mojica and the terror and pain she must’ve felt in the last few minutes of her young life.

Why is this place still standing? I have no idea. Over 55 years after her murder, this remains the bigger mystery in my opinion. There are rumors that this place will eventually be demolished. Whatever happens, I hope that Lillian’s spirit is at rest. 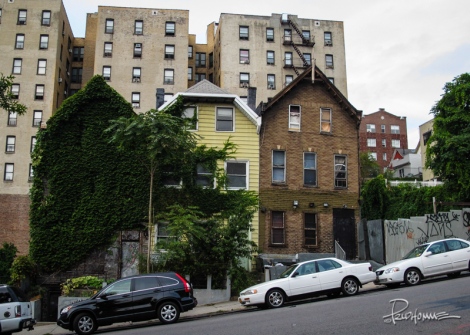