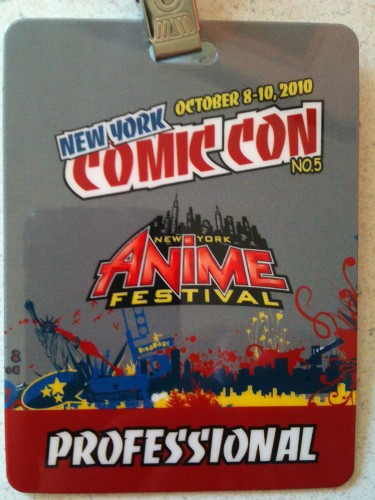 Last weekend I attended the NY Comic Con/Anime Festival at the Jacob Javits Center. This was my second time at the convention but my first time attending as a “professional”. As a fledgling writer for a new comic book company called Excel Comics (http://kindlecomicbooks.com), I was given a free weekend pass to the convention along with the company’s creator, Chi Wang and former Marvel/DC inker & illustrator, Hector Collazo.

If anyone reading this paid for their professional badge, I’m sorry for that. All I know is that I got a frantic email and call a day before the deadline to apply. It was sheer luck that we discovered this free offer.

Just like last year, this year I had a blast. I always get a kick out of seeing the most bizarre and outlandish costumes people wear and the energy they bring with them. The convention floor is literally packed with vendors, artists, fans and exhibits. 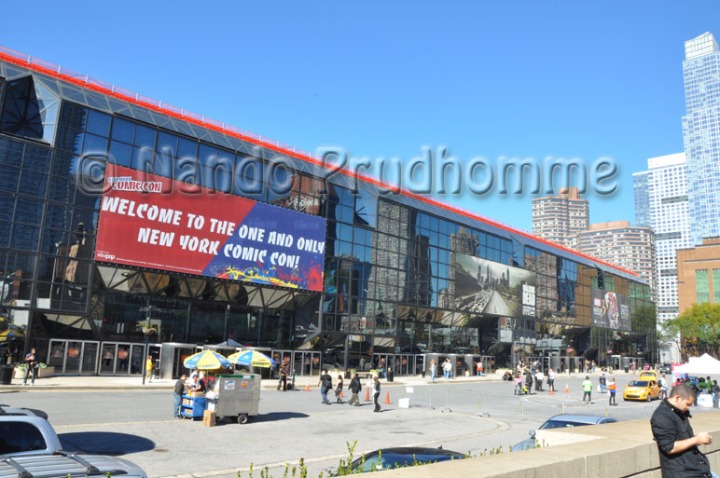 This time around Hector, Chi and I were there to network and to get the word out that Excel Comics was now live. I took every opportunity to not only talk about the company but about new book, Crimebuster which should be hitting the Kindle in early January. Print will follow at the company’s site.

Comics on the Kindle? Yeah, it can be done if done correctly and Chi has managed to do it right. It really looks great on the Kindle as a black and white comic. The pencils alone look very strong and tailor made for the ereader. Eventually we’ll move it to the iPad but for now, we’re taking one step at a time. 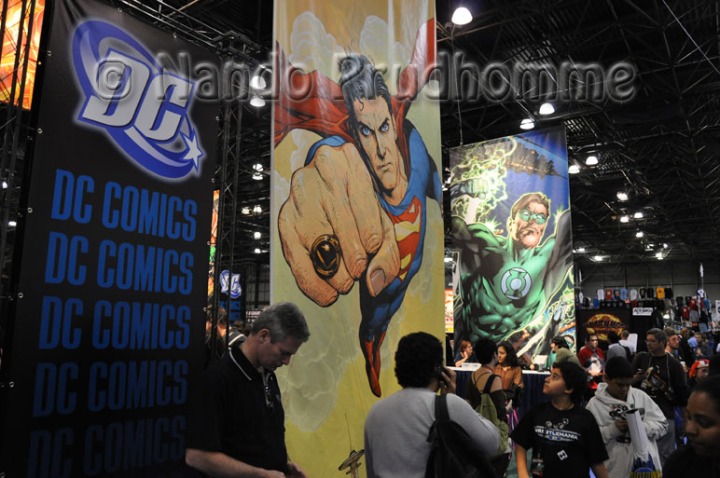 In Artist Alley, we walked around and met some of Hector’s former colleagues and some new faces. Last year I got to meet Walt Simonson (absolutely a great guy) and Chris Metzen (Blizzard Art Director) and that was my highlight of that day. This time around I met Michael Golden (Marvel illustrator and bonafide legend) and Peter David (screenwriter & author). I later got the opportunity to attend a special panel with Peter along with a movie producer and an agent where they discussed how graphic novel creators and Hollywood team up to make movie adaptations.

I attended the convention the whole weekend with Sunday being a special day for kids as they were given free passes under the age of 12. I took my daughter along with me and it was her first convention. I took her to see The Walking Dead panel and sneak preview of the TV this October. Unfortunately the line and wait was VERY long and I felt bad for subjecting her to that nonsense. We left early after seeing the clips and some of the panel discussion. She was a trooper so I got her something eat and bought her a toy.

The entire weekend was awesome and I look forward to doing it again. We hope to get a table to promote Crimebuster. Hopefully by that time our book will be a runaway success.